The Fair is known for its signature beer list, which will be released in a few weeks. Dill pickle and blueberry beers will for sure be on the list but watch for more sours, hard seltzers, and low ABV beers to be trends for this year. 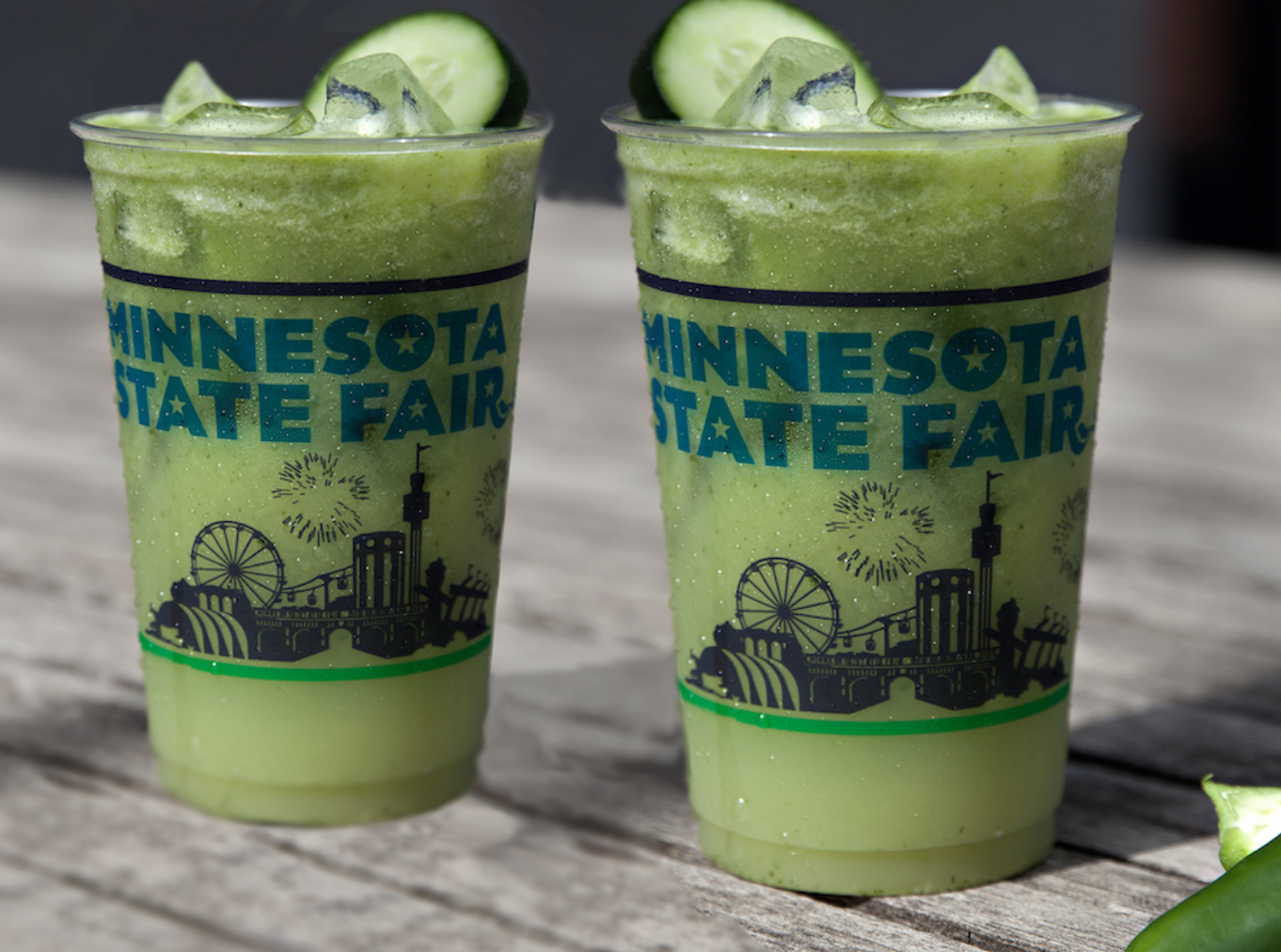 For the mocktail fans, there is the cucumber jalapeno limeade from Farmers Union. I love the combination of cucumber, jalapeno, and limes, so this limeade made with Minnesota limes will be on my must list.

At Farmers Union Coffee Shop, located on the north side of Dan Patch Avenue between Cooper & Cosgrove Streets 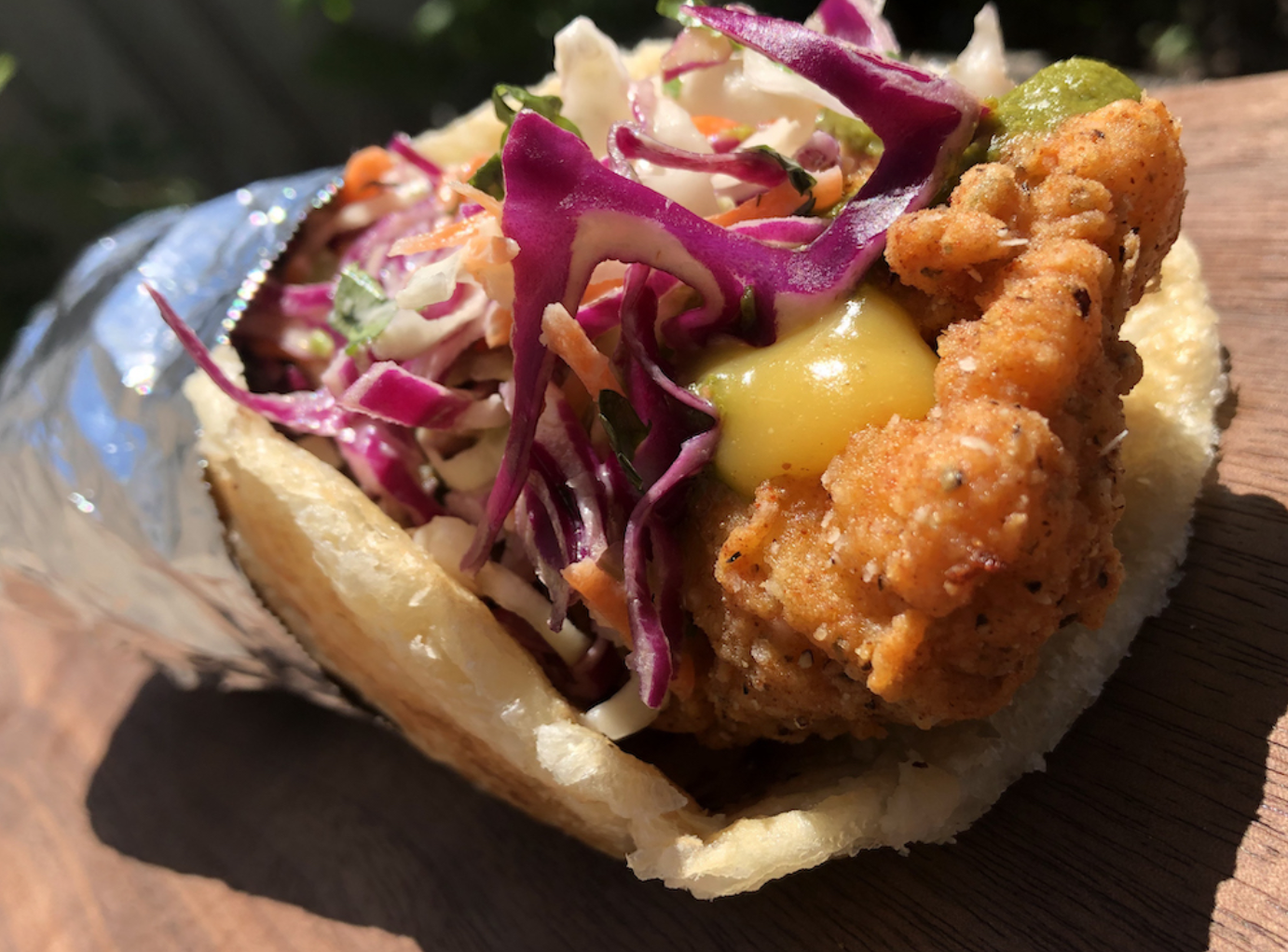 Hot Indian was in the Midtown Global incubator space in years past, and will now be in the food building with a space of their own. I have really enjoyed the Indian street foods they have brought to the fair, and their Kerala Fried Chicken Kati Roll looks fantastic. Marinated, battered and fried chicken tenders wrapped in paratha bread with their delicious chutneys and slaw.

At Hot Indian, located in the Food Building, east wall

I feel like Giggles generally has one of the most delicious new foods every year. While I wasn’t overwhelmed with the creativity of a ravioli (Dino’s Gyros has a Meditteranean ravioli on the list also filled with meat and cheese), I think it is going to be good with ground bison, braised fennel, portobello mushrooms, and fresh basil wrapped in classic egg dough deep-fried and served with a sweet bourbon sauce.

At Giggles’ Campfire Grill, located on the southeast corner of Lee Avenue & Cooper Street at The North Woods

Before the pandemic, I had the opportunity to eat at the beautiful New Scenic Cafe in Duluth. Their sashimi tuna taco is fantastic. Crispy, airy wonton shells filled with ahi tuna, avocado, sesame soy, Thai slaw, and peanut dressing with pickled ginger and wasabi is a great bite and will do great at the Fair.

At Scenic 61 by New Scenic Café, located on the east side of Underwood Street between Lee & Randall avenues 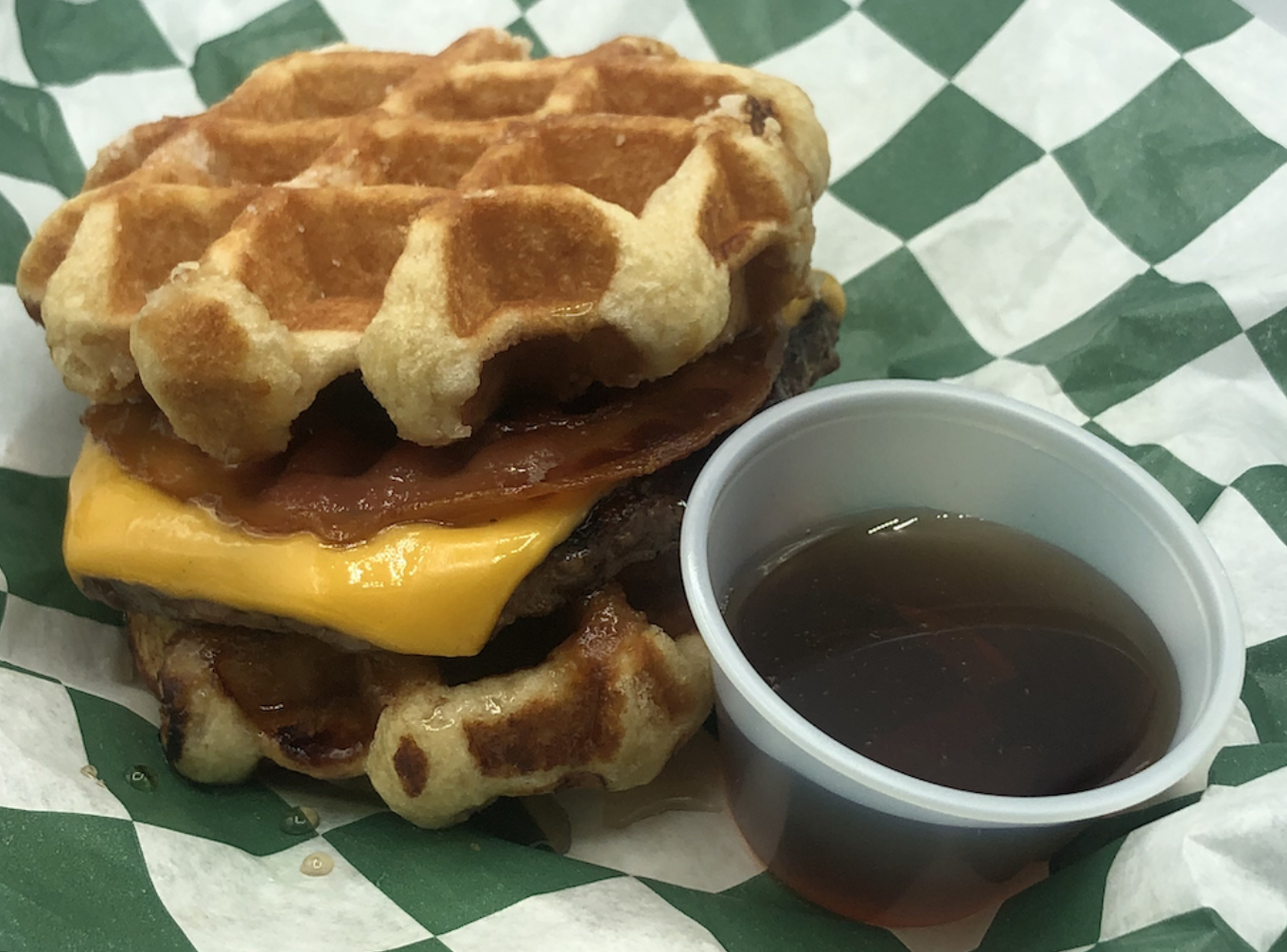 There are a few waffle entries at the fair this year, and I’ll admit, I am a sucker for a waffle as a handheld. This bacon cheeseburger served between crunchy maple-infused candied waffles looks like a fun way to go and I do like Andy’s Grill’s burgers.

Andy’s Grille, located on the south side of Carnes Avenue between Chambers and Nelson streets

I love the idea of chicken and waffles. I am not so crazy about having one hand for the drummy and one for the waffle because, let’s face it, who will hold my beer? But if there is a boneless version, I am on it. And who am I kidding? Even if their isn’t I will multitask. 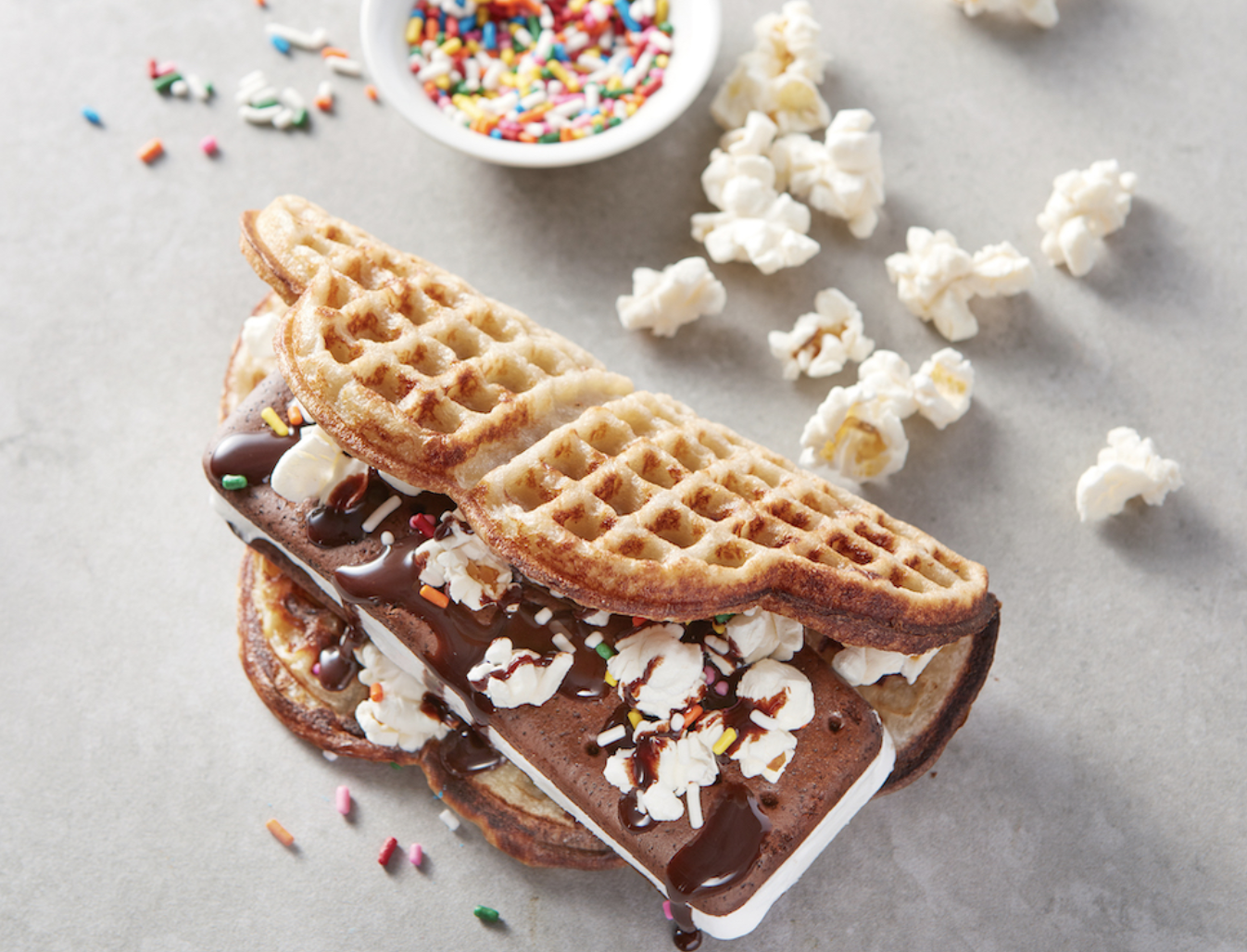 I had the opportunity to try the Nordic Waffles I Scream Waffle sandwich, and it was great. The crunchy, salty kettle corn paired with the Nordic Waffle wrapped around a nostalgic ice cream sandwich with sprinkles and chocolate is delicious.

A jumbo frosted yeast-raised donut available in various flavors, topped with vanilla soft-serve ice cream, hot fudge, and a blend of sprinkles is just a solid yes for me. I hope I have a few folks to help me eat it, or my fair day could end early. This entry is from Fluffy Hand Cut Donuts, another new vendor. 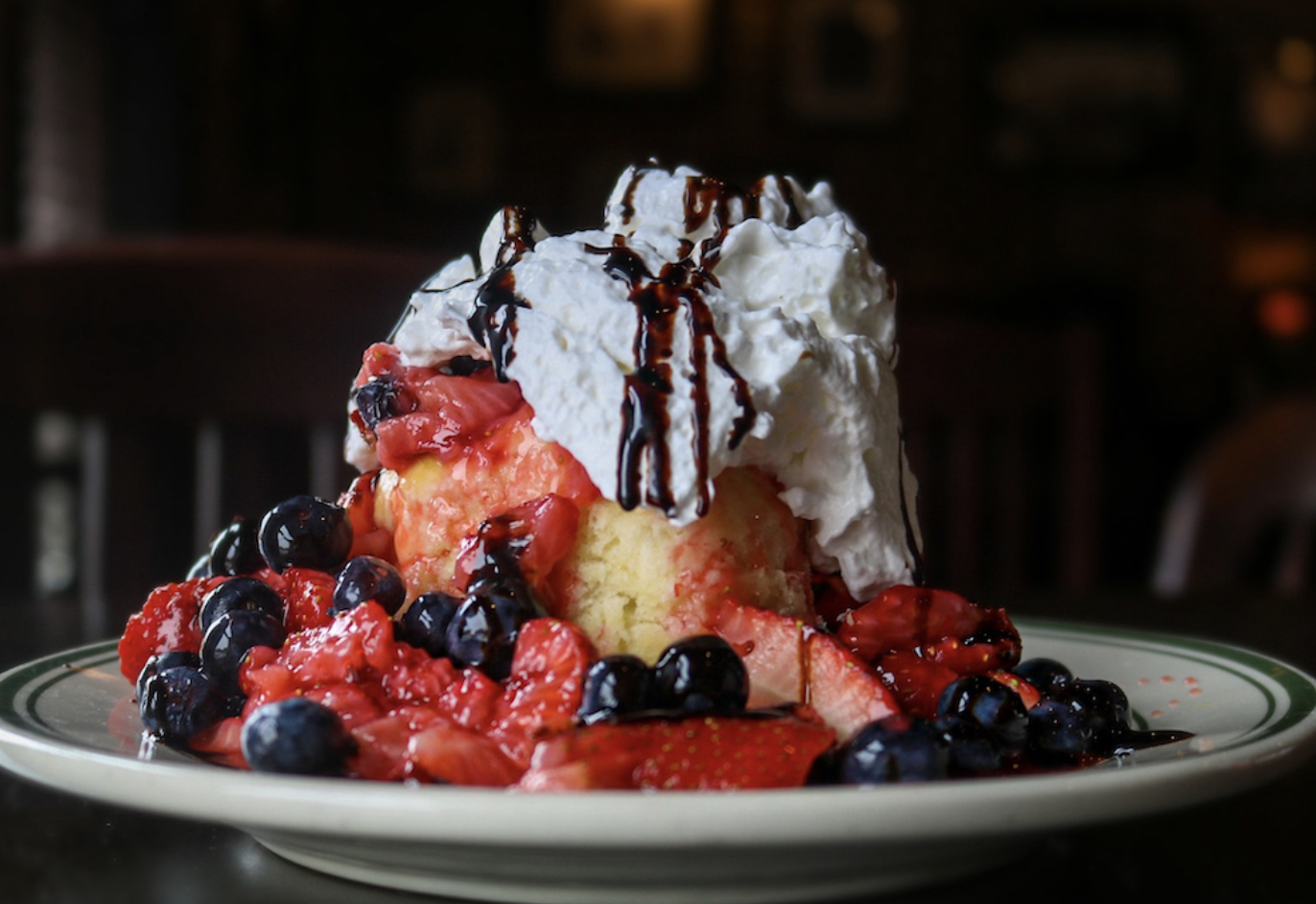 Betty and Earl’s Bisquit is a fantastic biscuit on its own, but top it with berries and whip cream? YES. I hope this is just the beginning of all the magic Betty and Earl’s could bring to the fair. (Can I vote for a lemon biscuit with blueberry sauce next please?)