I am not sure who decided that wings and the Super Bowl go together, but they sure do. It feels like every year around this time, a fake news story circulates about a wing shortage, and we all gasp. Not sure if it’s the pandemic or what, but wings are plentiful in the Twin Cities! Wings are like pizza in that there are many different styles, such as dry or wet rubs, full wing or wingettes, and of course, there are the sauces – Blue Cheese or Ranch? Whatever your wing situation, I have you covered with some of my favorites. 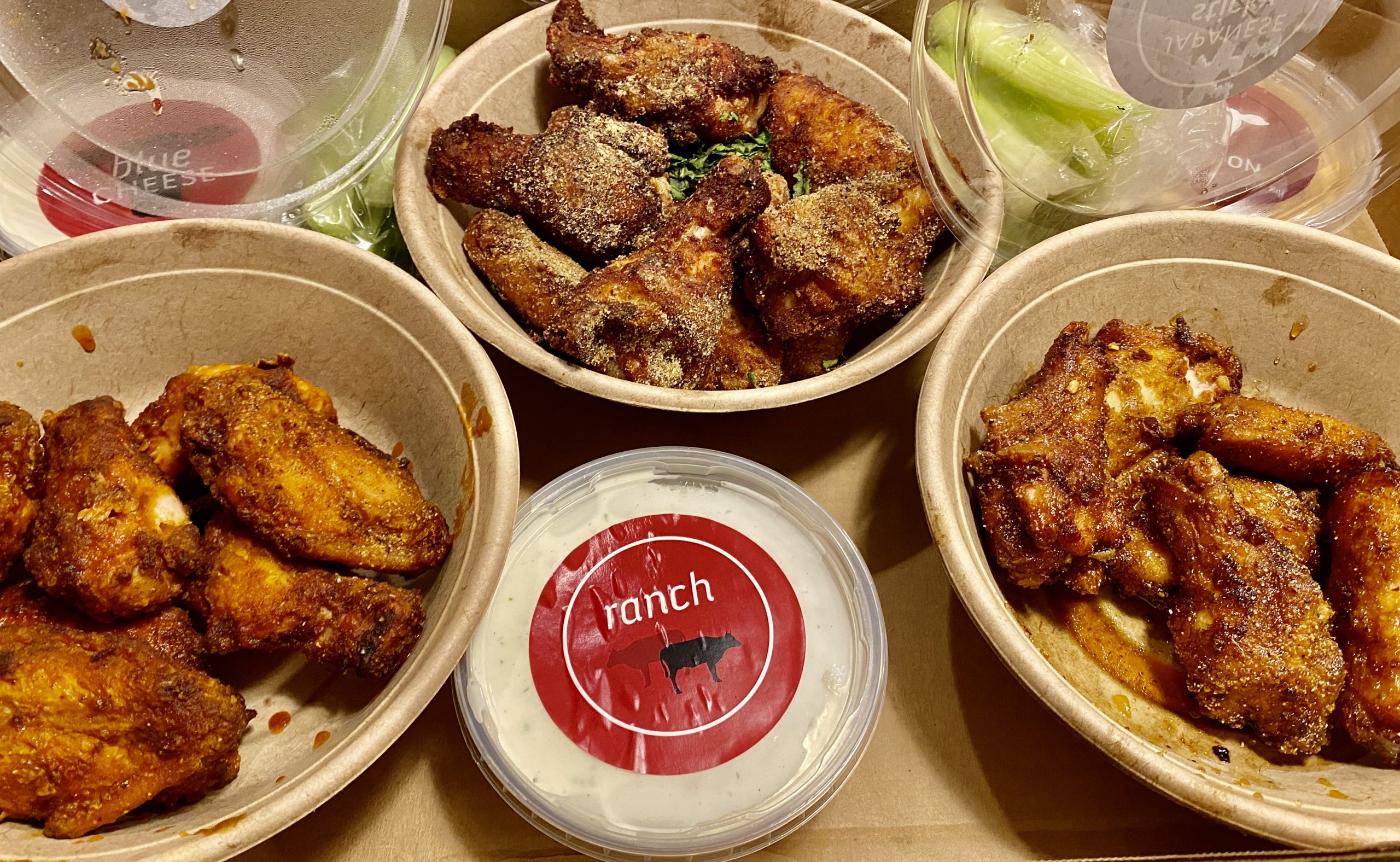 Red Cow has terrific wings, and if you want them on your Game Day menu, you need to order the Red Cow Wing Box by Thursday, February 4th at 11:59 pm. Red Cow does some of the best boneless, bone-in, and they even have Cauliflower bites if you are in the restaurant. This Super wing box includes three dozen wings in buffalo, Japanese sticky, dry rub & house-made ranch, blue cheese, and their spicy dragon sauce. I get this box often, and it’s a total crowd-pleaser – $55. 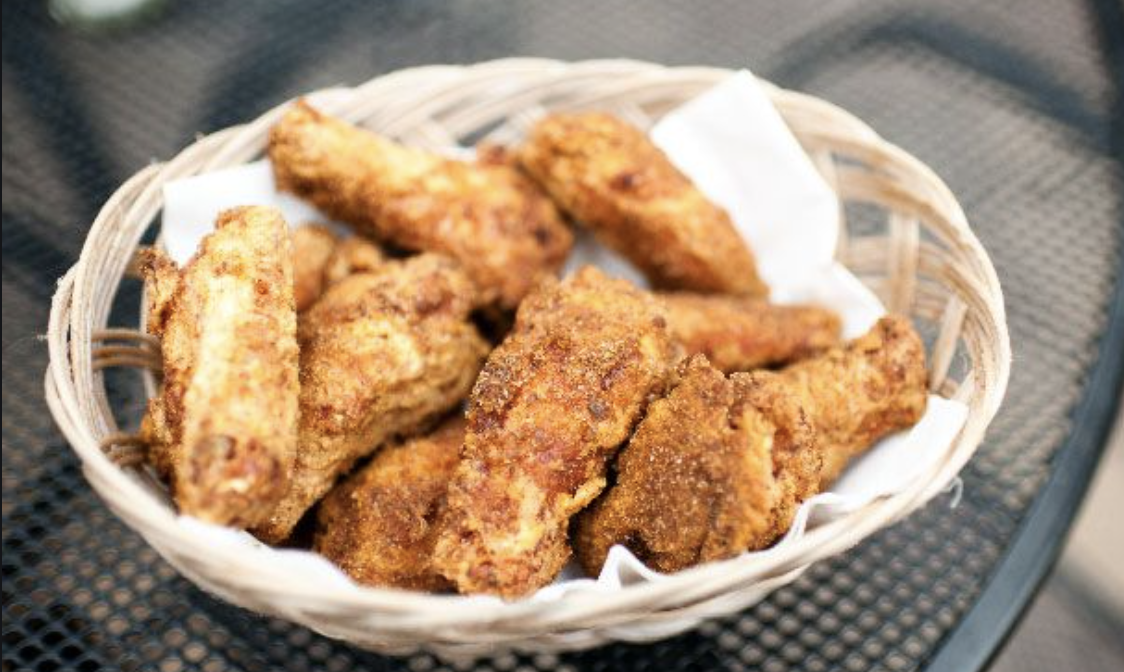 These wings were the first, brought here by Paul Runyon, and have been a mainstay with their classic buffalo sauce since 1984. Runyon’s is opening early for wing orders on Super Bowl Sunday at 11 am. They will have onsite dining and take out wings available (no website – you must call  (612) 332-7158 or stop in) in three sizes: regular, double, and party size — plus a combo basket that includes fries. 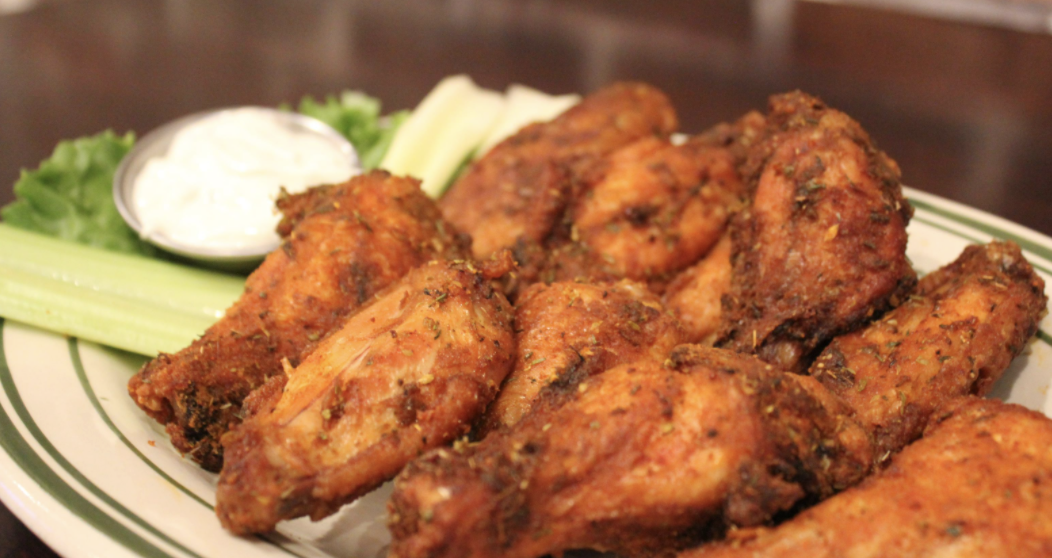 This chicken wing is my favorite wing in the Twin Cities. A consistent standout and award winner on virtually any wing listing. Owner John Rimarcik came up with this unique fragrant dry rub version in 1992 because he didn’t like to get his fingers messy when eating wings. This “Beijing-style” wing is aromatic with cinnamon and other spices and is not a hot wing. The seasonings are fantastic, and I crave these wings. The Monte is open for in-person dining Thursday through Saturday and is opening early for Super Bowl Sunday at 11 am to accommodate those seeking their wing fix. Both on-site dining and takeout will be available.

Bar Wings that consistently deliver with tons of sauce choices are on tap at Lucky’s 13. I love the Cajun Dry Rub, but Jerk is a close second, and Teriyaki is also a crowd-pleaser. We use to go to Lucky’s in Mendota and play bingo and eat wings on Saturdays after the radio show, and we were never disappointed! Kurt’s a Blue Cheese person, and I am a solid Ranch gal, and at and Lucky’s, they will serve both! If you are a boneless person and your partner is bone-in – Lucky’s is an excellent option because they have both. Try their other sauce flavors,
including Buffalo, BBQ, Sweet & Hot Chili, Garlic, Bang Bang, Seoul, Mango Habanero, Reaper, Passionfruit, or Memphis Hot. Jerk Spice! They have 5 locations around the Twin Cities — Bloomington, Burnsville, Mendota, Plymouth, Roseville and they have curbside or in-person dining and lots of TV for on-site game action.