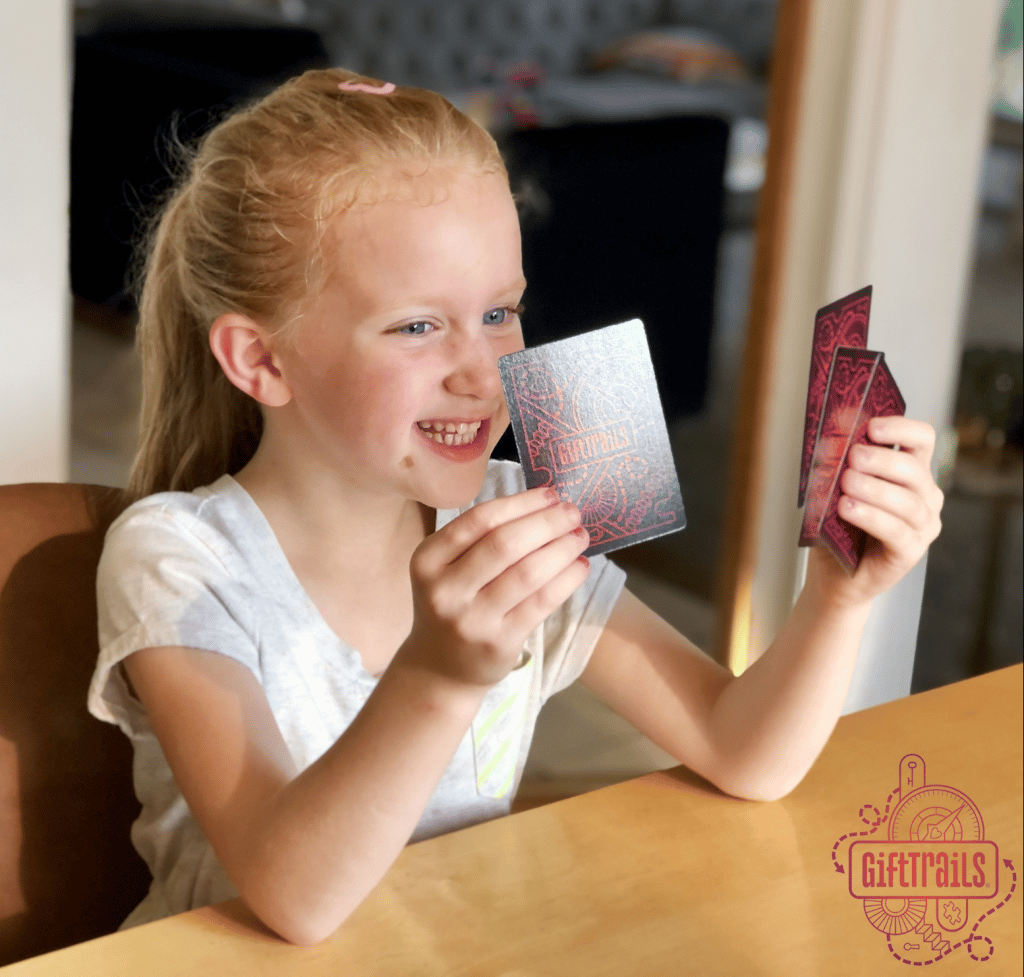 Mark Rustad has created a new game that takes families on an adventure in their homes called Gift Trails.

The Host is the event planner who designs the game in advance of play.  Their job is to stump the Hunter.  Using the tools of GiftTrails, the Host works to construct a secret hidden trail inside the home.  A trail marked with riddles, puzzles, tasks, and challenges.

The Hunter is caught by surprise and presented with the challenge..   They set out to blaze through the trail, slay the clues, and claim their prize at the trail’s end.