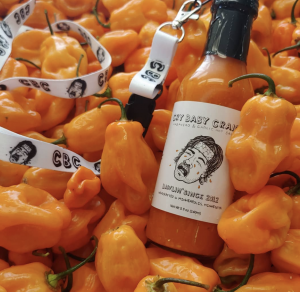 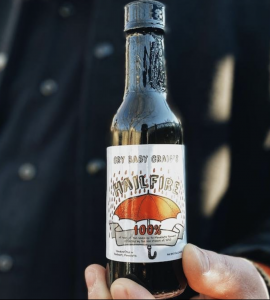 shipment of habaneros instead of jalapenos in his restaurant produce order. He didn’t know what to do with the stack of Habaneros immediately, so he pickled them for later. When he got back to the pickled peppers, he made hot sauce and served it to his staff for “family meal.” The result was a refreshing, tart, bright, orange hot sauce with a hint of garlic that was a hit with friends and neighbors. You will find Cry Baby Craig’s hot sauce in place of many of the national hot sauce brands at local restaurants, and many chefs are using it in their recipes due to its distinctive flavor and forward heat from the pickling of the peppers.

You may have heard the term lightning in a bottle? Well, Craig has made lightning happen twice. Hailfire is his new hot sauce being released exclusively at Lunds & Byerlys. Remember last August when that hail storm rolled through southern Minnesota and damaged crops?  One of the farms hit was Sogn Valley Farm in Cannon Falls that was growing all the peppers for Craig’s signature Cry Baby Craig’s pickled habanero hot sauce.  With $100,000  in unrecoverable crop damage, Craig gathered up the damaged produce and turned it into hot sauce. All proceeds from the Lunds and Byerlys exclusive Hailfire hot sauce will go back to the family as they rebuild their farm.