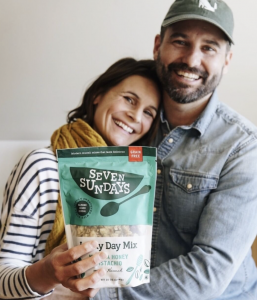 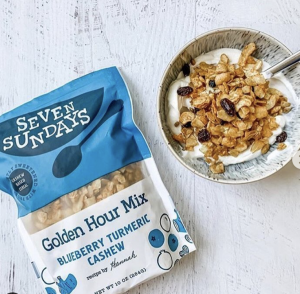 Hannah and Brady Barnstable have a muesli company called Seven Sundays. They first discovered muesli on their honeymoon in New Zealand. Not long after returning home, they were craving that New Zealand-style muesli, and could not find it. So they created their own. Their first bag of muesli was sold at a Minneapolis farmer’s market in the Summer of 2011. Now, Seven Sundays is sold in Target and Whole Foods nationwide, as well as on Amazon.

Seven Sundays business has grown a bit since they started, but their humble roots continue to shape their business today. Towards the end of the podcast, you will hear about some exciting new product news announced here first!

Support the show on Patreon