I was cruising through my Amazon Prime channels a few months back the other day and came across a documentary called Science of Fasting by Sylvie Gilman. I recalled hearing about Fasting as a way to lose weight, so it piqued my interest.

The documentary was a fascinating look at the history of Fasting and the science of how it works. The general idea is a prolonged fast can provide the health benefits of weight loss to reduce symptoms of Rheumatoid Arthritis, Diabetes, Asthma, and allergies. There are two phases in fasting. In the first, the body depletes its glucose reserves and starts to use protein to create glucose. The second phase happens when the proteins are nearly exhausted, and the body starts to use lipids (fat) to produce glucose. The fasting process is common in animals and has existed since the earliest days of life on earth. In short, without food, the body gets its energy from glucose, protein, and fat. The Documentary looks at the history of fasting in Russia, Europe, and the Far East to reduce dependence on prescription drugs and provide overall healthier bodies. The documentary gives significant and evidence-based research results to show the positive effects of fasting on the human body.

Then the documentary got interesting when it chronicled a woman who with Breast Cancer (I am a Breast Cancer survivor). She was receiving Adriamycin for her Cancer treatment. She had heard about fasting, and with the support of her oncologist, she fasted for five days before chemotherapy. Her recovery from her treatment was significantly improved over other patients the doctor was treating at the same time. Her blood work was considerably enhanced each time she fasted. Towards the end of the documentary, they showed research conducted in the United States that shows how fasting can change gene expression to enable cells to go into a “protective mode” warding off an invasion of diseased Cancer cells. Researchers are now looking at intermittent fasting to augment cancer treatments and improve long-term survival rates.

In addition to Cancer treatments, Fasting and versions of fasting called the 5:2 Diet or Fast Diet, has been seen as a healthy and safe way to lose weight. The 5:2 Diet was popularized by a British doctor and journalist Michael Mosley. It’s called the 5:2 Diet because five days of the week are regular eating days, while the remaining two days are restricted to 500-600 calories. The two fasting days can occur on any day of the week, and the fasting days do not have to be concurrent.

I have done the 5:2 Diet for about 8 months now. I have to say it was effortless to practice and I felt strong after the first week. I had tons of energy. I exercised both days and according to my Fit Bit burned 400 calories during each exercise session. I was mindful to drink more water than I usually would (96 oz of water each day), and I drank bone broth in the morning and the afternoon, had fish and vegetables for dinner one night, and shrimp and veggies the next night. I have stage 1 Lymphedema, and after the two days of fasting, I felt like my lymph system was functioning better. I felt less swollen in my arm compared to the non-fasting days. I did the diet throughout the Summer and lost the final 10 pounds I had been trying to lose the last few years. I am sure it’s not for everyone, and, of course, you should check in with your doctor.  But I am excited about the new 5:2 Diet and the health benefits of Fasting. 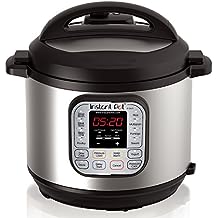 Here is the recipe I use for making broth in my Instant Pot but really I don’t use a recipe most often. I use the veggie scraps that I save in my freezer and chicken bones and parts from past meals or I will buy necks and wings and other chicken parts if I don’t have any chicken parts left. In any case, check it out and give it a try!